This past week I had the privilege to attend Camp Rocky and expand my knowledge in Range and Pasture Management. While at this camp I not only learned what rangeland is, and the cycles behind it, but I was also introduced to many different species of plants. Along with learning the foundation of the industry, I was taught why managing rangeland grazing is important, and a few procedures to gather data about rangelands.

We are surrounded by rangelands, “There is approximately 770,000,000 acres of rangeland in the United States, also 65% of Colorado is made up of Rangeland” (Range and Pasture Management 2). According to the Range and Pasture Management book, “Rangelands are lands on which the native vegetation is predominantly grasses, grass-like plants, forbs, and shrubs and are managed as a natural ecosystem” (Range and Pasture Management 3).This week I learned there are four different ecological principles that together make up healthy rangelands. One of the most important cycles is the Water Cycle. A healthy Water Cycle first consists of precipitation such as rain. Water droplets travel at about 35 miles per hour, so vegetation on the ground is important to stop the impact of rain on bare soil. Decreasing the impact on the bare soil will lead to less erosion and less water runoff. Livestock plays a huge role on the water cycle. While grazing, their hooves are also stomping litter into the ground and creating cracks in the dirt for water to seep into. The next cycle is the Nutrient Cycle. This cycle consists of livestock excreting urine and waste and then packing it down into the ground. The waste replenishes the soil with a variety of different minerals and other nutrients. The third cycle is known as the Energy Cycle. During this cycle, plants go through photosynthesis. Plants use the energy from the sun to create energy for themself, which they tend to store for the following spring. The last cycle would consist of Plant Succession. Plant Succession is the process where plants learn to adapt over time with the environment around them. Healthy rangelands are important because large numbers of livestock rely on rangeland for all of their needs.

Many different species make up different ecological rangelands. One kind of rangeland we studied at Camp Rocky is known as a Subalpine Loam, which on this site, there were many different types of plants. Some of the most frequent plants our group came across were grasses such as Thurber’s Fescue, Parry’s Oatgrass, Mountain Muhly, and Arizona Fescue. Some forbs that were popular on the trails we hiked consisted of American Vetch, Rose Pussytoes, Fendler’s Sagewort, Fleabane Daisy, Richardson’s Geranium, and Western Yarrow. Fringed Sagebrush and Shrubby Cinquefoil were two shrubs we also encountered on our hikes. In addition, we found a small amount of Elk Sedge which, is a grass-like plant. When we had a good idea of how all of these plants interacted with the environment Ben and Dan, our very educated instructors, had us pick some of these plants to create pressed plants. We placed the picked plants on a piece of cardboard and placed blotter paper on top of them. After continuing this process a few times, we then tied frames together with our paper in between. We set these aside until the last day of camp, and when we opened them up our pressed plants showed the end result. Pressed plants can be used a lot in the rangeland management field for further research. Throughout the process of finding plants and pressing them, I learned many different characteristics about each species of plants.

Correctly managing rangeland grazing, also known as rotational grazing, is very important for several reasons. There are 4 different types of rotational grazing. The first type consists of not grazing the land at all, also known as Deferred Grazing. The second type of rotational grazing is known as Short Durational Grazing. This is exactly what it sounds like! Livestock is only on this land for a short period of time, anywhere from a couple days but no longer than a week. The next kind of grazing is Deferred Rotational Grazing, which is a mixture between deferred grazing and rotational grazing. In other words, a few pastures might not have any livestock on them while the rest of the pastures are being grazed. Another type of grazing is known as Ultra or Mod Grazing. This consists of concentrating very large numbers of livestock for very short periods of time. Depending upon the number of animals and the amount of land, some of the pastures may be grazed anywhere from a couple hours but no more than a day. The last type of grazing, which I learned is very bad, is Set Stock Grazing. This is when ranchers keep their stock on a piece of land for the whole growing season. This is frowned upon because overgrazing can cause harm to the roots of the plant. Stated in the Range and Pasture Management book, “If the roots of the plant are grazed around 60%, the percentage root growth stoppage is 50%. If plants were to be grazed 80% or more, the root growth will completely stop for anywhere from 12 days to 18” (37). Overgrazing can lead to winter kill and hardly any production in the fields. However, when pastures are grazed correctly, there will be a significantly positive impact over time. Rotational grazing will help the production of plants tremendously, while also keeping the nutrition value in the plants. At Camp Rocky, we figured the pounds per acre on the grazed and ungrazed pastures. On the ungrazed pasture, there was only 2,267 pounds per acre, while on the grazed pasture there was 4,992 pounds per acre. At first, I was sure my calculations were wrong, but after talking with Ben I was shown why my calculations were correct. After this conversation, I came to the conclusion of how fabulous rotational grazing really is. By coming up with these calculations, I realized farmers are able to obtain a lot more resources when they correctly manage rangeland grazing. 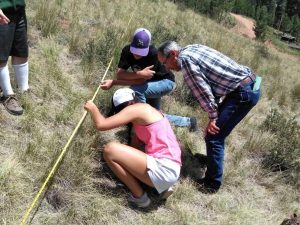 and stretching it from one to one hundred feet. After the tape is stretched, an individual will be able to drop a small metal rod, known as a pin, at every foot mark which we kept record of. When the pin is dropped it could either hit bare soil, litter, rocks, or living vegetation. If the rod hits a plant it is important to write the correct species. This will help ranchers determine what types of plants are growing in their fields. It is important to repeat this a few times to calculate an average. With an average, one could determine what species of plants are abundant or rare in the fields. Unlike Transect Lines, Plot Clippings measure the pounds of live vegetation per acre. When performing a Plot Clipping, one must take a circle ring, usually 9.6 feet, and throw the ring on the ground at random. It is normal for the ring to land on plants. If the plants are rooted in the circle, the plants must be pulled into the circle. If the plants are rooted out side of the circle, the plants must be pushed away from the ring and can not be counted. Next, all the litter needs to be collected. The easiest way to gather litter is by raking it with your fingers. When my group did this at Camp Rocky, we started collecting litter at the top of the ring and worked our way down to the bottom. After all the litter was put into a bag and set to the side, my group went onto identify the different species of plants. We then took the plants by species, and cut them as close to the ground as possible. After cutting each species and putting them in their own bag we weighed them. After weighing them we emptied the plants out, and weighed just the bag. We subtracted the weight of the bag from the weight of plants. Thus we end up with the weight in grams of each species. Just like the Transect Lines, we did this operation multiple times to get an average. After gathering up all of the information, we went inside and calculated the pounds per acre. These two procedures helped us to provide accurate information about the grazed verses the ungrazed pastures.

At Camp Rocky not only did I learn a lot of valuable information about Rangelands, but also I learned about many different species of plants, why managing rotational grazing is important, and a few procedures to gather data about rangelands. This past week I gained a lot of knowledge and experience, while having fun. Although most importantly this camp helped open my eyes to future educational possibilities. I was beyond blessed to have been able to go to Camp Rocky. Working hard, having passion, and asking a lot of questions really paid off this week, as I was honored with receiving the Society for Range Management belt buckle. I greatly appreciate this recognition and would recommend others go to this camp so they can 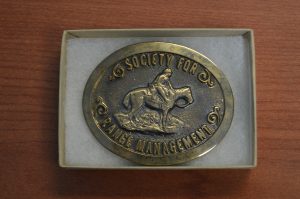 have the same experience I had. 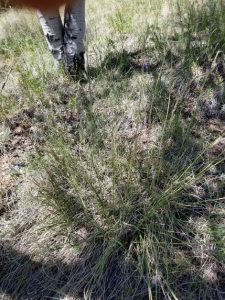 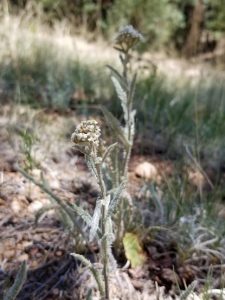 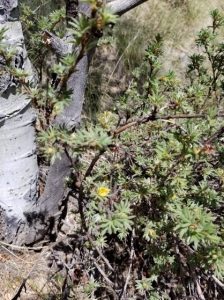 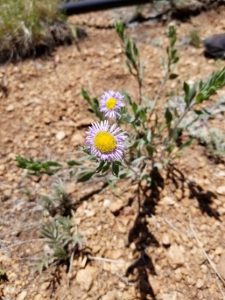